When a company is handed over to new owners, it is an exciting moment – also in terms of communication. In this blog post, we highlight the communication of the succession process based on a specific case and provide answers to the five most important questions. That way, you can optimally set the course for the start of the new management.

In our case study the owner of a medium-sized company is about to celebrate his 65th birthday. Although he has children, none of them wants to run the business. Not only the approximately 1,000 employees are wondering what will happen next. What they don’t know is that talks with the dedicated managing director of a supplier have been going on for a year. Now the contract is about to be signed. But how and when should they announce the succession? And what else needs to be considered?

The company succession can only be made public when everything is wrapped up. That is, when the contract is signed. After all, too many things can still go wrong before then. However, customers, managers, employees and other target groups should not be taken by surprise. A step-by-step approach that fits the succession situation can be better.

In our case example, the contract has been signed, but the successor has six month notice period. Therefore, the owner announces at his birthday party, to which he has invited all key stakeholders, that he is planning his succession and is in talks with someone outside the company for this purpose. Four months later, he introduces his successor to the executives. Shortly thereafter, he informs the employees at a staff meeting who will be taking over the company. Two weeks before the start, his successor makes her first appearance and has the chance to send some important messages. Since this phase often causes uncertainty among employees and customers, it should be limited to a few weeks.

2. What are the right messages?

It contributes to a good transition when both the old and the new management think about their messages. Do both want the company to continue as before? Or is the change accompanied by a renewal? What might customers, managers and employees expect? What priorities does the new person want to set? What direction will the corporate culture take?

It is important that these messages fit together. If the previous owner promises continuity while the new CEO announces changes, it will lead to irritation.

What exactly these messages look like is as individual as the succession process. From our experience, it’s not about concrete plans. Announcing these prior to the induction is risky. Getting to know each other, building trust and the values of the successor are much more important. Storytelling in the form of narratives and anecdotes is ideal for conveying these messages.

The successor in our example strives for a more open company culture. During her introduction, she tells how she was able to keep an angry customer through open communication and what she learned from it. She thus communicates that openness is an important value for her.

3. What are the right communication measures?

As strategic consultants, we recommend analysing the framework conditions and defining goals before planning. This provides orientation in the jungle of 1,000 possible communication measures.

Examples for framework conditions can be:

The objectives can be narrowed down by asking the following questions:

In our example, there are few formal communication channels. The goal of the successor is to increase the digitalisation of the company and to have more dialog with employees. Therefore, the previous owner decides to inform the customers traditionally by letter. The successor wants to introduce herself in video conferences and visit the customers in person as soon as possible. Internally, live events are planned for managers and employees.

4. What is the right order?

If you want to avoid fundamental mistakes, you can follow three rules when announcing your company’s succession:

The selected measures and the sequence can then be used to create a communication dramaturgy, which is recorded in a schedule.

5. What happens after the successor is announced?

The day on which the successor is introduced is D-day for many. This highlight of the succession process is also the start of further communication. For example, will there be introductory meetings with customers and employees? Would the new CEO like to report on the first few weeks in a blog? Are there any press activities planned? Will there be online or live events with the new management?

The new CEO plans to hold fireside chats for executives and a weekly blog post, which she will initially send out by email until the new intranet is up and running. She also plans to network with many customers via LinkedIn and wants to become more active here in the future, embedded in the marketing strategy.

*Photo by Getty Images on iStockphoto 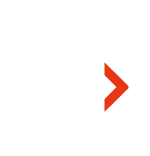